We are very fortunate to share a backyard fence with Bryce's best friend.
In fact, a couple weeks ago, our dog knocked down one of the old boards creating a "secret passage" between our two yards. Usually 'the girls' come over to our yard (you know, easier to keep tabs on D that way) but sometimes my boys like to go over there.
Yesterday was one of those days. Bryce went over to play & my oldest was busy reading, so I took my youngest to store with me (my hubby works from home so I can take off like that)
When I got back, my husband told me that both boys were over at our neighbors and were having grilled cheese sandwiches....ok?
He said Jaden went to take care of Bryce....another, ok?
When I called the girls' mom, she put Jaden on the phone to tell me what happened...
He said he tested Bryce and "two pieces of bread was 29 carbs, so I bolused him for that. Then he had some grapes after, which are about 1 carb each, but I didn't bolus him for those cuz I figured he would just run them off anyhow"
I asked him how much insulin he gave him and he told me 1.95u (yep...his I:C is 1:15)
I was speechless. Not only did he bolus him correctly, but he factored in activity levels and let him have a handful of grapes for free!
Did I mention he is only 8 and a half !?!
And here is the best part of it all...Bryce came in to dinner at a perfect 83!
Right on Jaden! I don't think I could have played that better myself!
So proud!
What a great feeling for a Dmom to know that her son will be safe because his big brother gets it.
Posted by Denise at 7:43 AM 10 comments:

Boy the time is just flying! We have been so busy that my head is spinning. I haven't had any time to post, let alone read others' posts. Guess that is a good thing!
However, I have SO MUCH to write about. Like....
- meeting the amazing Wendy Rose and her sweet Candy Heart girls (it was hard to not take Tink home with me ;-)
- becoming the Family Team Chair for the 2011 JDRF Walk to Cure Diabetes (which included speaking at the Family Team Kick-off event...and I hate public speaking!!)
-starting a bi-weekly Park Playdate for families with diabetes (next one on 7/14, ask me for details if you are local.)
-mentoring 2 new families (this always makes me sad but glad I can be there for them)
-starting my pre-reqs for nursing school (I am taking an online anatomy & physiology class right now. I have my first midterm tonight...taking a little mind break from studying to write this)
-taking trips to my in-laws (their property is a wonderland for the kids...besides the treehouse, zipline, teepee, play structure, & dome climber, it is full of lizards, newts, & snakes for the boys to hunt and catch!)
-swimming (my oldest is on the swim team again-with his cousin this time, and my younger two are in lessons right after...Bryce even has his T1 friend in his class!)
-we are off to go on a camping trip pretty soon so getting all prepared for that!
Whew! I am tired just listing all that....and that is just a small part of what we've been up to!
Overall, D has been in the background though we have had a couple times where Dex says WTF... 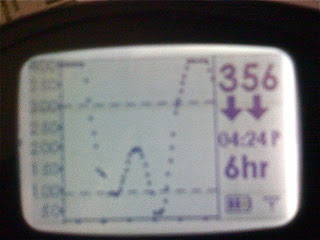 Bryce had his endo appointment yesterday. They were super busy and training a new front desk person. It seemed we waited forever to get called back. My boys found everything they could to pull out and throw around the tiny room...driving me more insane by the minute. By the time the doctor came in, I was already at my wit's end. He said our numbers the past week looked great (they were for the most part) then the a1c came in.... 8.8! WHAT?!?! We haven't had an a1c that high in years! I KNEW that wasn't right. The doctor agreed with me and said we could do a lab draw or just retest. Since I didn't want to put Bryce through the lab, I just had them retest on their other a1c machine...it came back at 7.8. Much more likely...it was lower than a few months ago, as I expected. But it makes me wonder how accurate ANY of the a1cs we've gotten are. As usual, our endo did not recommend any changes but okayed all the tweaks I wanted to make. By the time we got out of the office, I was fried. Glad we won't be back for a few months, hopefully by then the a1c machine will be fixed!
Ok, so I need to study for my midterm now...
Hope you all are having a great summer.
Posted by Denise at 9:48 AM 10 comments: 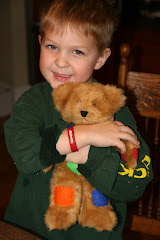 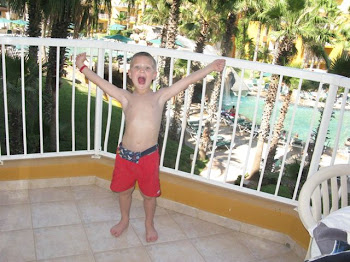 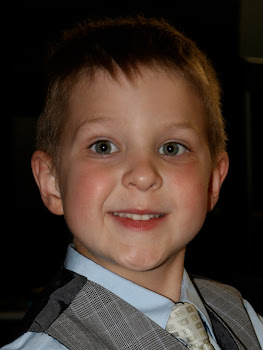 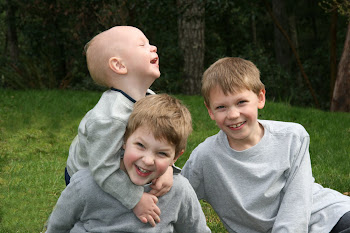 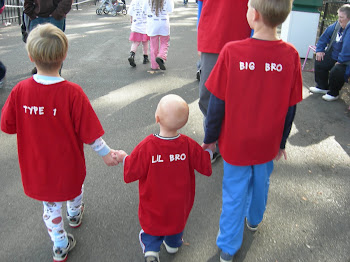 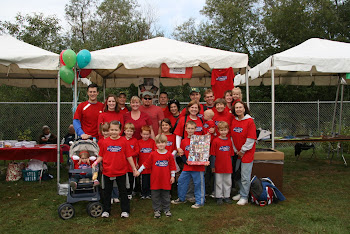 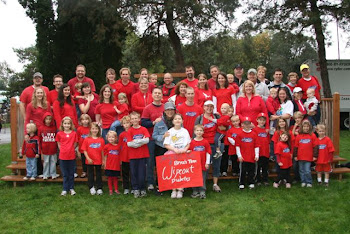